The Case for TIPS in a Post-Crisis World 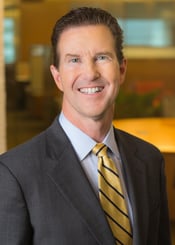 Treasury inflation-protected securities (TIPS) valuations, in particular, were severely impacted, with the breakeven rate of inflationi on 10-year TIPS falling from about 1.80% at the start of the year to a trough of near 0.50% by mid-March. TIPS performance is highly correlated with inflation expectations; the sharp drop was driven by a combination of depressed inflation expectations and expanded liquidity premiums amid Treasury market dysfunction.

Since then, TIPS breakeven rates have expanded sharply. However, we see potential for a significant repricing of future inflation expectations and inflation risk premium. Here’s why:

Overall, measured inflation has fallen sharply since the pandemic began. Sectors of the economy plagued with insufficient demand have experienced downward pressure on prices (travel, lodging and restaurants are just a few examples). However, other sectors have actually seen stable or rising inflation, such as food, healthcare, used autos and single-family homes. What’s more, consumer inflation expectations have actually shifted higher in recent months, implying that consumers are experiencing price inflation within their areas of consumption. Inflation expectations tend to be an important driver of actual inflation outcomes over time.

2) Stripping out the Noise Reveals Evidence of Upward Price Pressure

Broad measures of inflation that attempt to filter out noisy outliers have been signaling a remarkably stable trend with some evidence of upward price acceleration. We believe this trend is consistent with the credit repair phase of the credit cycle as the economy moves toward recovery. The Federal Reserve Bank of Cleveland's measure of median CPIii remains roughly in line with its trailing one-year average near 2.8%, while its measure of trimmed-mean CPIiii is running at its highest level in over a decade at 2.5%.

We believe this upward price pressure is the result of several factors, including the resilience of personal incomes and a surge in personal savings as a result of direct fiscal supports, COVID-related supply constraints for essential goods and services, and a change in sentiment driven by the promise of extended fiscal and monetary policy accommodation. We believe continued fiscal policy will be important to sustain this upward price pressure. While we are hopeful for a bipartisan fiscal package in the upcoming weeks, if no agreement is in place by the end of the year, we would expect the incoming administration to make additional fiscal relief a priority in its first 30 days.

The Fed’s direct intervention in bond markets was a critical factor in restoring market functioning and compressing liquidity premiums after the March tumult. Now, we believe the Fed’s new monetary policy framework has become the most interesting aspect of monetary policy. Under its new flexible average inflation targeting regime, announced in August 2020, the Fed will seek to “achieve inflation that averages 2% over time.”

To achieve this aim, the Fed will allow inflation to run moderately above 2% following periods when it has persistently fallen short of the mark. We don't expect this policy shift to have any measurable impact on near-term price pressures as we move through the credit repair phase of the credit cycle—it’s not intended to generate greater inflation in the downturn or credit repair phases. However, as the cycle progresses into the recovery and expansion phases, we believe the Fed will be far more patient than ever before in removing policy accommodation in an effort to drive inflation higher. This is especially notable in a time of large-scale quantitative easing (QE) and ultra-low interest rates, which seem to be enabling expansive US budget deficits and fiscal largesse.

Implications for the TIPS Market

Now, let’s look at how higher inflation expectations and Fed dynamics can translate to the TIPS market.

First, higher-than-target inflation can lead to a repricing of long breakevens. The Fed targets core PCE,iv which excludes noisy food and energy prices. TIPS values are partly based on headline CPI, which includes food and energy prices and historically has run, on average, 20 to 40 basis points higher than core PCE. If the Fed is successful at creating some overshoot in core PCE (which we believe is likely), core PCE ranging from 2.2% to 2.3% could translate into headline CPI close to 2.5% or higher. In our view, a repricing of long breakevens could be a significant tailwind for TIPS from a price and carry return standpoint, given their significantly longer cash flow durations.

Second, the current monetary policy regime has brought nominal Treasury yields close to the effective lower bound (ELB) on nominal interest rates. We believe the Fed has made it abundantly clear that it does not intend to use negative interest rates as a policy tool, at least in the current cycle. As long as this remains the case, we see limited scope for nominal Treasury appreciation from current levels. TIPS real yields, however, are not constrained by the ELB and therefore have greater potential for price appreciation relative to nominals. We believe that this unique circumstance allows TIPS to help provide an important hedging role in this near-zero nominal rates environment, comparable to that of nominal Treasurys in many "risk-off" scenarios.

Finally, in a period of record-breaking deficits and QE, we believe supply and demand technicals may lend even more support to TIPS relative to nominal Treasurys. Notably, the US Treasury has been issuing significantly more nominal Treasurys than TIPS to fund the ballooning budget deficits. The size of the US Treasury’s monthly nominal coupon bond offerings has increased by nearly 50% year over year (including the reintroduction of the 20-year nominal bond in May of this year), while the size of the Treasury’s TIPS offerings has remained constant.v As a result, the share of TIPS as a percent of total marketable US government debt outstanding has fallen from just over 9% at the start of this year to just under 7.5% as of September 30, 2020.vi Meanwhile, the Fed continues to direct over 9% of their Treasury QE purchases to TIPS. TIPS now comprise a 15% to 20% share of the Fed’s longer-duration Treasury purchases, which we believe is a very powerful technical.

Positioning in a Post-Crisis World

While the Fed seems likely to keep the front end of the yield curve anchored at near-zero rates, we believe deficit spending and the Fed’s willingness to allow higher-than-target inflation, perhaps for an extended period of time, could drive a steepening of the intermediate and longer end of the yield curve. On the Loomis Sayles Core Plus Fixed Income Team, we believe this is the single largest risk to fixed income investors over the intermediate term. As a result, we favor what we call softer-duration instruments, such as high yield bonds, bank loans, emerging market debt, securitized assets and, within the US government market, TIPS as a partial substitute for nominal US Treasurys.

We’re currently targeting approximately 9% of total portfolio duration contribution to the TIPS market, with an exposure solely to 20-year+ TIPS. We have paired this exposure with other, more pro-cyclical sector allocations in the investment grade, high yield, emerging market and non-US-dollar markets, while maintaining significant liquidity through our market-weight exposure to the agency MBS market. 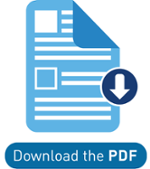 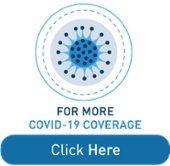 i TIPS breakeven inflation rate is the difference between nominal Treasury yields and TIPS yields of comparable maturities.

ii The Federal Reserve Bank of Cleveland’s median CPI is the one-month inflation rate of the component whose expenditure weight is in the 50th percentile of price changes.

iii The Federal Reserve Bank of Cleveland’s 16 percent trimmed-mean CPI is a weighted average of one-month inflation rates of components whose expenditure weights fall below the 92nd percentile and above the 8th percentile of price changes.

vi Source: US Treasury, via Bloomberg.

This paper is provided for informational purposes only and should not be construed as investment advice. Opinions or forecasts contained herein reflect the subjective judgments and assumptions of the authors only and do not necessarily reflect the views of Loomis, Sayles & Company, L.P. Other industry analysts and investment personnel may have different views and opinions. Investment recommendations may be inconsistent with these opinions. There is no assurance that developments will transpire as forecasted, and actual results will be different. The charts presented above are shown for illustrative purposes only and used with permission from Bloomberg Finance L.P. Data and analysis does not represent the actual or expected future performance of any investment product. We believe the information, including that obtained from outside sources, to be correct, but we cannot guarantee its accuracy. The information is subject to change at any time without notice.

Indices are unmanaged and do not incur fees. It is not possible to invest directly in an index.