The Challenge of Stranded Assets
in Metals and Mining 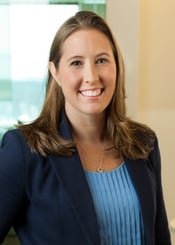 The problem of stranded assets is on the radar screen of credit investors these days. Stranded assets are those whose value has diminished or may diminish because of some external change.

The threat to coal-fired power plants from the push to a low-carbon world is one of the best-known examples, and utilities and utility investors have already been grappling with its implications.

The metal and mining companies we follow also face some risk of being saddled with stranded assets, but the story for these companies is more complex and nuanced. For utility companies, there is a key risk: the global push to reduce carbon emissions. The carbon transition is a risk to some metal and mining companies, but it is not the only risk. A harsher climate—one with more flooding, for example, could potentially make some mines inaccessible. Drier conditions in already arid locations could leave miners with too little water to run their operations. And tougher government policies—everything from higher taxes to outright nationalization of mines in parts of the developing world—could also result in assets being stranded.

It is notable that not all metals and mined products are created equal. For example, some metals will be key ingredients in electric transportation and renewable power technologies, which could lower their chances of becoming stranded. We will lay out risks we see facing the metals and mining universe, and potential offsets to those risks, in the course of this paper.

But as we delve into the specifics, we don’t want to lose sight of our basic view on stranded assets. Simply put, we believe the large metal and mining companies with diverse businesses can handle the challenges ahead. They have strong balance sheets and solid cash flow generation. They also have time on their side as many of the threats they face will take years or even decades to play out. Stranded assets are a risk in this space, but, in our view, a manageable one.

What Could Lead to Stranded Assets?

As we noted above, a number of different forces are at work that could create stranded assets for metal and mining companies. They fall into four major categories: decarbonization, physical stranding, regulatory risk and recycling.

As countries work to cut emissions to reduce threats from climate change, certain commodities will feel the impact. Three so-called bulk commodities stand out as being especially vulnerable.

Mining companies often work in remote locations under harsh conditions. They are also dependent on railroads and sea transport to get their products to market. Floods, accidents and climate change all represent potential threats to their operations.

These physical risks are serious and can lead to supply shocks. But interestingly, those supply shocks can create unexpected outcomes. For commodities with strong or stable demand, the rules of economics apply: when supply is reduced, prices go up. Therefore, a mining company that has to halt production in one location may find that it can command higher prices at its other locations, potentially offsetting the economic damage. From a credit perspective, this is one reason we favor mining companies whose assets are broadly diversified across geographies and products.

Mining companies operate all over the world and are subject to the laws of a long list of governments. Those governments can raise the taxes and royalties the miners must pay, potentially threatening the viability of operations. In extreme cases, governments can and have nationalized mines.

These are very real threats, but here again there are important potential offsets. Mines are a key source of tax revenues and employment in many countries, and governments should have a powerful incentive to keep them operating. Put another way, governments may want to squeeze mining companies, but they understand that by squeezing too hard, they can inflict lasting damage on their economies.

Recycled materials are a substitute for metal that is taken out of the ground. For example, if you can procure steel from a scrapyard, you don’t need to mine as much iron ore. As economies develop, supplies of recycled materials become more plentiful. Longer term, recycling can be a threat to production, and therefore another potential cause of stranded assets. The risk posed by recycling is higher for steel than it is for aluminum and copper in our view.

We mentioned earlier that copper is a major component in electric vehicles. In fact, there is up to four times as much copper in an electric vehicle as there is in a standard internal combustion engine vehicle. Copper is also used in charging stations for electric vehicles and in the production of renewable energy. Other so-called base metals, such as nickel and aluminum, will also play a role in these clean technologies.

The takeaway here is important: while these metals may be part of the problem, they can also be part of the solution as the world transitions to a lower-carbon future. As such, they are less vulnerable to becoming stranded assets than are bulk commodities like thermal coal, met coal and low-grade iron ore.

Mining companies appear to understand the risks stranded assets pose. Many have begun managing their balance sheets more conservatively to help navigate downturns stemming from either a commodity event or ongoing environmental risks. They are also keenly aware investors have a heightened interest in environmental, social and governance issues and want to see tangible progress toward reducing emissions. Over the next decade, we expect to see mining firms take actions to improve power and water efficiency, increase their use of renewable power sources, electrify their vehicle fleets and invest in safer waste storage. The companies have a lot of work to do, and so far, they have been better at laying out broad strategies than at providing a timeline for specific actions. Still, it is encouraging that they understand the need to be better stewards of the environment.

As we said at the outset, we are becoming increasingly confident that the big metal and mining companies we follow generally will be able to manage the costs associated with stranded assets. Our optimism rests on three main observations: 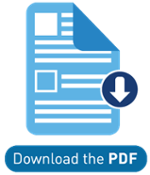